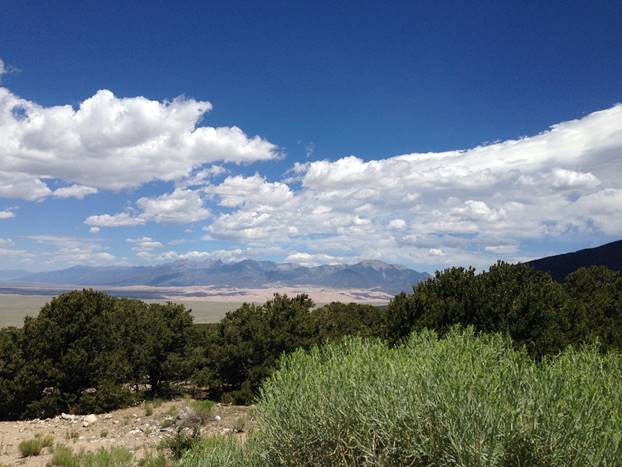 Local groundwater management authorities presently offer cost-share incentives for farmers to fallow their fields for twelve consecutive months so groundwater pumping may be curtailed. Such policies challenge the farmer intent on increasing biological diversity and maintaining a living root in the soil for longer. The immediate cash offer to fallow a field for the year is being balanced with the largely felt, but not farmer-quantified, economic impact of implementing soil health principles into the farming system. An especially difficult choice in present times of low commodity prices.

Soil amendment with locally available compost (which was actively turned and bacterial dominated) used to be cost-shared through EQIP in this valley as a soil health practice, but the EQIP cost share was discontinued. Over multiple years, many farmers weren’t seeing consistent effects, even from heavy, expensive application rates. To date the only commercially-available compost in the region continues to be an actively aerated, highly bacterial compost product.

Cover cropping, even with EQIP cost share on seed, has had limited adoption here (and in tilled systems in southwestern USA) due to perceived minor benefits towards soil health relative to cost, including the cost of pumping water from an overdrafted aquifer.

So what’s missing? What is limiting the effects of cover cropping and compost amendments? What is missing in our systems to achieve soil health, water use efficiency, and lowered costs of production? How might we work together to creatively fill these gaps? 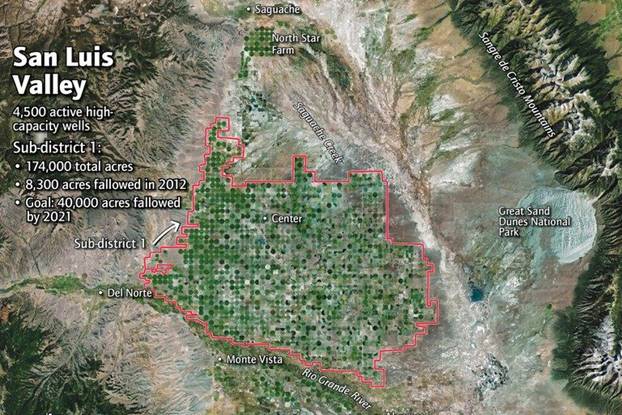 In 2004 Colorado passed a law mandating the recovery of the aquifer under the valley. Water use efficiency, with 6-7 inch average rainfall, is a critical challenge.

What drives both crop productivity and soil health is the flow of sunlight energy. Photosynthesis produces carbohydrates, which feed soil biology, which in turn influences crop productivity, water retention and water use efficiency, and nutrient use efficiency—all of which are significant challenges in the San Luis Valley and in much of the arid western U.S.

Fungi and bacteria are the base of the soil foodweb, responsible for the majority of the decomposition of soil organic matter. They are key regulators of the enormous flow of sunlight energy through the soil system. Here’s a more technical explanation: The fungal/bacterial ratio in the soil microbiome influences what happens to plant photosynthates: whether they are partitioned into secondary-assimilated biomass or lost from the soil through respiration (Six et al. 2006). Higher fungal/bacterial ratios are associated with a higher quality and quantity of soil organic matter (Six et al., 2006), and also associated with observed variances in soil carbon use efficiencies (CUE). CUE is defined as the proportion of photosynthate C acquired from the environment that is used for growth (Bradford &, Crowther, 2013) or the conversion of plant-produced carbohydrates into microbial products (Sensabaugh, 2013). Values for CUE range between 0.10 to 0.80, with high CUE promoting greater amounts of secondary-C assimilation and higher levels of C stabilization in soils, while lower CUE indicates higher respiration of uptake C to CO2 and reduced levels of C stabilized in soils (Keiblinger et al., 2010). The magnitude of the differences between these low and high estimates of CUE have been observed to be a function of soil fertility, ecological factors, and microbial community composition, with higher-fertility soils and fungal-dominant microbial communities demonstrating higher CUE (Keiblinger et al, 2010, Comis, 2002, Sollins et al., 2009, Manzoni et al., 2013, Six et al., 2006).

Dr. David Johnson, a researcher at New Mexico State, has developed a static pile compost process (where the compost is not turned), resulting in fungal-dominated compost for use in low amounts per acre as an inoculant, increasing the fungal/bacterial ratio in soil. His research has observed the potential to improve:

In greenhouse and field trials in southern New Mexico, Johnson has recorded significantly higher productivity, water use efficiency, and nutrient use efficiency with these practices. But there has been limited deployment, particularly at field scale.

In January 2018 the Mosca-Hooper Conservation District hosted David Johnson’s presentations on the static-pile, fungal-dominated compost process, the importance of the soil fungal/bacterial ratio, the synergy with cover cropping, and the excellent results from trials. There was strong interest by farmers. Already in 2018, sixteen farmers have agreed to cooperate with the Mosca-Hooper Conservation District in making static pile compost, which takes a year to produce high-fungal compost suitable for low-rate (400 lbs./acre) inoculation applications to fields.

These farmers also want to combine the compost inoculation with cover cropping and gauge the effects of this combination. This is a co-creation or “chicken-plus-egg” strategy: Cover crops can supply energy flow into the soil microbial community between primary cash crops, but if this community remains highly bacterial, this energy is quickly lost. Higher fungal/bacterial ratios can slow the release of this energy and carbon, promoting crop productivity, water use efficiency, nutrient use efficiency, resilience to pests and diseases, and overall soil health.

Needs for innovation. There is a general lack of farmer training to do repeatable soil health assessments on their own fields, and to record these metrics in a way that is meaningful and accessible for future reference or repeated assessments, or with the option of sharing. Regionally adapted soil health metrics have been developed but are not widely utilized.

The absence of simple data management is a major impediment for farmer decision-making regarding crop, range, and conservation planning. There is also limited communication between farmers regarding benefits (or downfalls) of soil health monitoring, and its connection to productivity, cost of production, or soil function.

NRCS Conservation Practice Standards into which our project metrics and outcomes could be integrated include:

345. Residue and Tillage Management, Reduced Till: adaptation of practice based on whether timing, intensity, and frequency of tillage relative to fungal-rich compost-treated cover crop growth impacts soil health metrics, system water use efficiency, and ground cover

449. Irrigation Water Management: based on changes in cropping system’s water use efficiency, soil bulk density and infiltration rates in response to incorporation of fungal-rich compost paired with cover crops

512. Forage and Biomass Planting: based on findings from project fields where crops were paired with fungal-rich compost and utilized for forage and/or grazing, relative to their capacity to cycle energy, increase carbon use efficiency, and improve water use efficiency

610. Salinity and Sodic Soil Management: based on observations of salt-affected soils in response to fungal-rich compost addition to cover crop, soil chemical, physical and microbial properties relative to crop productivity and water &, nutrient use efficiency to inform practice standards

Both the objectives and methods of this project involve creative combinations. The Mosca-Hooper Conservation District seeks to leverage static-pile high-fungal compost inoculation, plus the demonstrated interest and commitment of 18 San Luis Valley farmers, with:

cover cropping to provide food for helping to improve the population, structure and biological functionality of the soil microbial community

lab analyses and research to convey changes in soil biological, physical, and chemical properties before and after the compost inoculation and cover cropping (both quantitative and qualitative) over a three year trial period.

Our method is not a linear path from a practice to a result, but an exploration of relationships: between soil biology, energy flow, economics of production, and our capacity to learn, share, and adapt, using the following methods and tools:

Fungal-dominant compost. Making enough static-pile compost for inoculation of 500 or so acres is already committed, and will be done with advice from David Johnson, as well as quality assurance and control through periodic lab testing.

Cover cropping between cash crops. Most of the 16 cooperator farms have committed 60 acres to the experiment which they will plant with multispecies cover crops. On half the acreage (30 in most cases), high-fungal compost inocula will be applied. Farms participating in this project are commercial-scale family farm operations including   conventional and certified organic, center pivot irrigated, with rotations counted here by   the number of summers that would pass before the same crop is planted again,   consisting  of: green manure cover

Chadwick, Bob. Finding New Ground (2013). This book, by a former US Forest Service Forest Supervisor, is a detailed and sensitive guide for facilitators, for creating and maintaining an environment “where people purposefully learn from each other, even from those with opposing views, and build a more comprehensive view from their interlocking realities, where this knowledge is applied to create not just ‘common ground’ but ‘new ground,’ where all can agree that their interests are taken care of and they behave the agreement, actually making it happen.” Chadwick was highly successful in helping people address natural resource conflicts and finding new ground throughout the West and Midwest during the 1990s and 2000s.